Bug Bites That Itch And Ways to Treat Them

16
Bug Bites That Itch And Ways to Treat Them 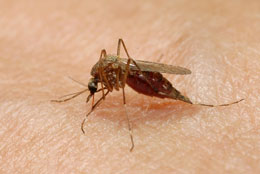 Bugs are the mini vampires, which feed on by sucking our blood. Most of the insect bites are harmless, and cause no health hazard. Often, itchy, red bumps are the only responses to the bug bites. Mosquito bites are the most common of all the itchy bug bites. Besides, there are some other familiar and non-familiar bites, which invoke similar response from our body.

Bug Bites that Cause Itching

Given below is the list of insect bites that itch. You’ll also find the corresponding treatment for the particular bug bite.

Mosquito Bites
Mosquitoes inhabit almost all parts of the globe and are omnipresent. They have a long needle-like nose called proboscis, which they insert in our skin to suck blood. Often, we do not realize that we have had a mosquito bite, until a red, itchy bump actually appears on our skin. This bump is harmless and needs no attention. However, if you are allergic to mosquito bites, you may get bigger bumps, which can be painful.

Bee/Wasp Stings
These are a serious form of bites. A bee sting often results in hives or swelling. Taking medicines, such as, ibuprofen or an antihistamine can help reduce swelling and inflammation. People with known allergic responses to bee stings should carry an epinephrine pen with them, while treading a bee inhabited area.

Ant Bites
Common ant bites are potentially harmless with no medical intervention required. However, if you have been stung by fire ants, you may want to seek medical help asap. Fire ant bites may result in swollen lips, hives, and difficulty breathing; all of which should be treated immediately.

Spider Bites
Spider bites are often itchy, with a cluster of red bumps together. Common spider bites can be treated in the same way as any other insect bite. However, if you happen to get a spider bite from a strange, brown-colored spider, then you should see a doctor. The trip to doctor may become inevitable when you see a purple-colored bump with an ulcer at the center, after a couple of days.

Tick Bites
Tick leaves its head inside the bite, which needs to be removed first. You can use a pair of tweezers for this purpose. You may also try applying petroleum jelly, in order to block the air passages of tick and suffocate it. If everything goes well, you may not show any signs of tick bite, except for a tiny little red bump. However, if you notice expanding red circles, then it could be the sign of Lyme disease, which needs to be inspected by a doctor.

Preventing Bug Bites
Wear long sleeved, full-length clothes while entering woods or other such areas.
Spraying insect repellent with less than 10% DEET also helps in preventing itchy bug bites.
Coils and electric mosquito repellents are effective against mosquitoes.
Avoid wearing strong perfumes or bright clothes in wood, as they attract insects.
Keep away from garbage or other such sites, which attract insects.
As mentioned above, itchy bug bites are mostly of harmless nature. In fact the ‘itching’ assures that the skin is responding in a normal way, and there is no need to worry. However, bumps, which do not itch but appear tender should be checked for infection.