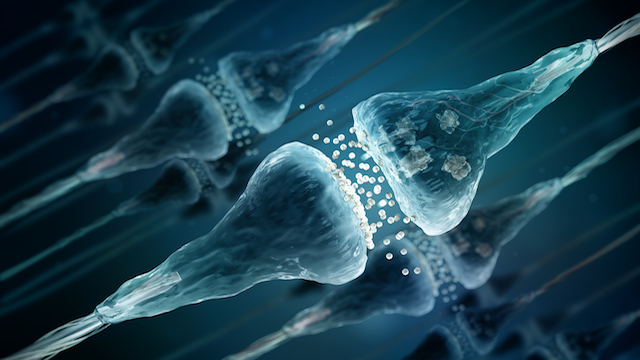 The Arc gene, which descended from an ancient group of genes that litters the eukaryotic genome, encodes a virus-like protein that transmits genetic information between neurons, according to twopapers published last Thursday (January 11) in Cell.In prior studies, researchers have found that mice engineered to lack the Arc gene lost the ability to form long-term memories. “They can’t seem to respond or adapt to changes in their environment,” Jason Shepherd, a neuroscientist at the University of Utah and one of the studies’ coauthors, tells The Atlantic. “Arc is really key to transducing the information from those experiences into changes in the brain.”

When Shepherd and his team took a closer look at Arc under a high-resolution microscope, they made a surprising discovery: the protein formed a capsid—a protective shell used by retroviruses to shuttle genetic information between cells—and carried messenger RNA (mRNA) that encoded itself. Another group, led by Vivian Budnik, a cell biologist at the University of Massachusetts Medical School, reported that the same was true for fly versions of Arc. In addition, both groups found that the Arc gene was similar to gag, a gene encoding a protein that helps form capsids in retroviruses.

These discoveries are “groundbreaking,” Clive Bramham, a neuroscientist at the University of Bergen in Norway who was not involved in either study, tells Nature.

According to The Atlantic, Arc genes, which are found in multiple mammalian species (including humans), are descendants of gypsy transposons, an ancient group of genes that also gave rise to retroviruses.

Shepherd’s group found that neurons released Arc in vesicles that fused with other neurons and ejected both proteins and mRNA. Budnik’s group uncovered a similar process in flies, which took place between neuromuscular junctions, the synapses between motor neurons and muscle cells. According to Nature, the researchers think the Arc-containing vesicles help neurons form and break connections, allowing the nervous system to adapt to new memories or environments. Because this phenomenon appears in both mice and flies, two very distantly-related species, “[t]here must be something really fundamental about it,” Budnik tells Nature.