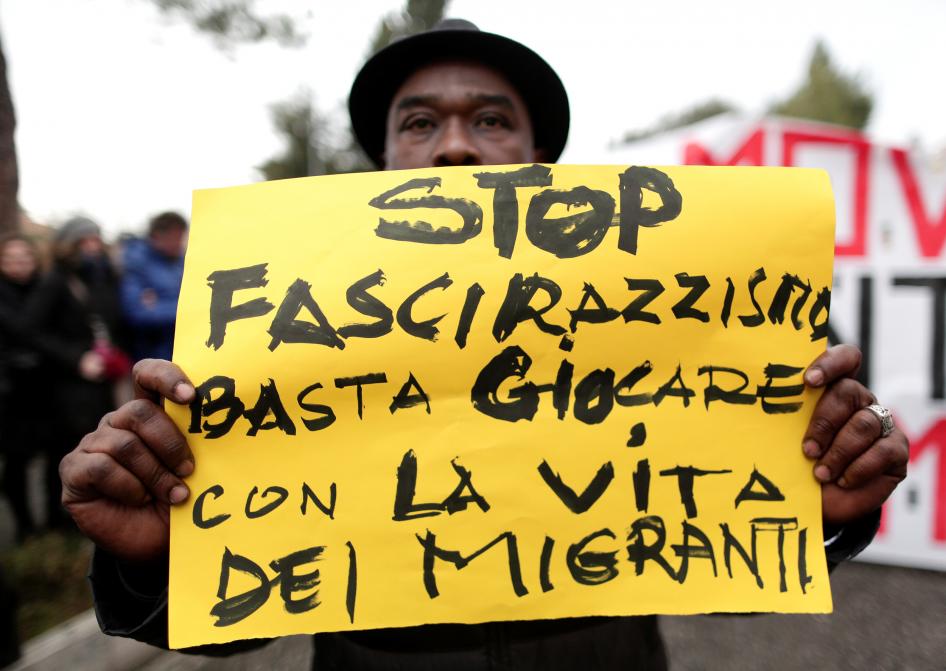 Italy’s Interior Minister Matteo Salvini recently issued a circular on sea border control in an attempt to block those rescued in the Mediterranean Sea from being brought ashore to Italy. He cited national security reasons, adding that these people could be returned to Libya.

Salvini got a lot of things wrong in his circular, so I rewrote it for him.

Nongovernmental organizations doing search and rescue in the Mediterranean are performing a vital service at a time when European states, including Italy, have abdicated responsibilities for saving lives at sea.

The Libyan Coast Guard (LCG) has shown a lack of professional skills and human rights sensibility when performing tasks in a vast search-and-rescue region and which, to our shame, Italy, other European Union governments, and the International Maritime Organization have supported.

Libya is not a place of safety for rescued persons to be disembarked. Everyone intercepted by the LCG is returned to Libya where they face arbitrary, abusive, and indefinite detention in addition to the risk of falling prey once more to violent traffickers and smugglers.

For these reasons our country, Italy, will live up to its responsibilities under international law, which includes maritime law, human rights law, and refugee law.

On overcrowded, unseaworthy boats launching from Libya, there are women, men, and children fleeing war and violence, persecution, and hardship in their home countries. There are victims of trafficking, unaccompanied children, survivors of female genital mutilation, women escaping domestic violence. On these boats there are people of all ages and nationalities with the courage, determination, and resilience to seek a better life for themselves and their families.

They all deserve to be heard and treated fairly and humanely.

Italy can once again set an example, like when we led with our humanitarian operation Mare Nostrum, for the EU and the world. Other EU countries should join us. We need a European commitment to predictable, organized disembarkations with a fair sharing of responsibility for everyone arriving on European shores.